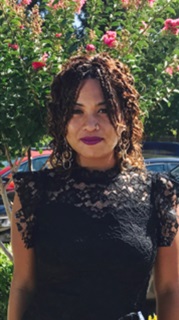 Patima Komolamit has been a committed advocate for social justice and worked in the field of domestic violence and sexual assault since the year 2000. Currently, Patima is the Shelter Program Director for Center for the Pacific Asian Family (CPAF),  Prior to joining CPAF in 2007, Patima worked to end violence against women and children with various international and domestic non-profits, such as Volunteer Services in Nepal, Center for Volunteering and Educating in Nepal, and Su Casa in Los Angeles.  Patima is the South Regional Representative of the Sexual Assault Program Services Committee under the California Coalition Against Sexual Assault (CALCASA); Co-Chair of the Los Angeles County Domestic Violence Shelter Committee, and a Board Member of L.A. County’s Domestic Violence Council. Patima is bilingual in Thai and English and has a BA in Criminal Justice.  Patima is a fierce advocate for Communities of Color with a broad expertise on many intersectional issues impacting survivors of sexual assault.

We asked our Sheroes some questions, here’s what Patima had to say:

“The trauma of sexual assault can impact someone over a lifetime and their abilities to live, to be housed, and to ever be in a healthy functioning relationship ever again.”

How did you come to be doing sexual assault work?

I grew up in a Thai family and in Thai culture it’s very taboo to talk about sex. Even within social norms and traditions there was no discussion of sex or of intimacy. When I was growing up in LA, I saw how that contributed to a lack of understanding or acceptance when someone was in the wrong. I had family that did not talk about health and sexuality or unhealthy sexuality. I saw a lack of awareness in school and had friends that were sexually assaulted and I didn’t know how to help them. However, when I was 19 years old I had done sexual assault training and after that I’ve never left.

Why should Communities of Color address sexual assault?

Communities of Color are boxed in with structured ways of oppression and there’s so much more that they have to contend with. It’s important that when they are assaulted that they are able to meet with someone that has that cultural relevance to communicate within the same language to help get them through the door. There are many different languages [in the Asian/Pacific Islander community] and if we don’t have that language [when they call], they’ll hang up and we might not know why they called and how to help them. Something really powerful in having common ground is that say someone is Hmong, I can say that I know their culture and it could be easier to help them. Or say someone is Vietnamese, I am able to connect with them and understand that talking about sexual assault is taboo in their culture.

Why focus on Women and Girls of Color?

First of all, sexual assault definitely happens to men and boys but it happens against women and girls every day. If women and girls in Communities of Color do not get assistance and education and ways to heal, then it’s going to perpetuate in a generational cycle. It can cycle back into their relationships and they can have numbness to sexual assault. We really have to get into communities and let them know that it’s not right, that they can have ownership of that.

What do you enjoy most about your work?

I am humbled and find true enrichment in being able to work with survivors and seeing how clear it is that violence is impacting their lives, and how they cope with their lives. I have learned so much from my career. It has taught me what it means to be strong. At the core of a survivor’s trauma you can learn how they can make something beautiful from it. I have come across some of the most badass people. We don’t serve in a quiet way. We are unapologetic in the way we serve, we are brave and we laugh a lot. The subject matter can be heavy but I have met some of the best people in my field.

What are some of the lessons you have learned addressing sexual assault?

I’ve learned that everyone has their own path to healing. Justice comes in many different forms, not just in the criminal justice system. Survivors can heal as they learn that it wasn’t their fault, and as they seek assistance and know that there are other people that have suffered similar forms of violence. I don’t know everything and that’s okay. Sometimes I’m at a loss for what happens to our children.  I find that sometimes it’s scary that I may not be at that moment able to say anything to a survivor because I’m absorbing what has happened – but that’s what being human is. It’s essential to give real empathy to people. Love and empathy, combined with anger and fierceness are all ways to channel energy to help. You really don’t know what kind of person you’re going to be in this field until you’re in it for some time.

How do you take care of yourself?

That’s a very important question, I realized that being able to take care of myself is important before being capable of taking care of others. I have a long history of practicing yoga and I do physical activities throughout the week, those are important. Sometimes there’s not an opportunity to debrief with someone (after working with a survivor), so it can be a lot if I don’t have a way to relieve that tension. So, I take 10 to 15 minutes throughout the day for myself. I also love cooking for family, and friends; it’s a great way to join us together in the simplicity of food. My 7 year old son also keeps me very busy while having fun. I am blessed, because of him he helps me see things in a very holistic and simplistic way which makes things so much easier to deal with. It is important to really take care of yourself and give yourself time to do whatever is going to help you release. You have to release, sometimes we hold it in too tightly that we can’t even breathe. You’ve got to figure out a way to unleash what you’re holding because the residuals of the survivor are lingering within you. I believe firmly in the power of responding to what your body needs, that is the greatest thing that you can do.